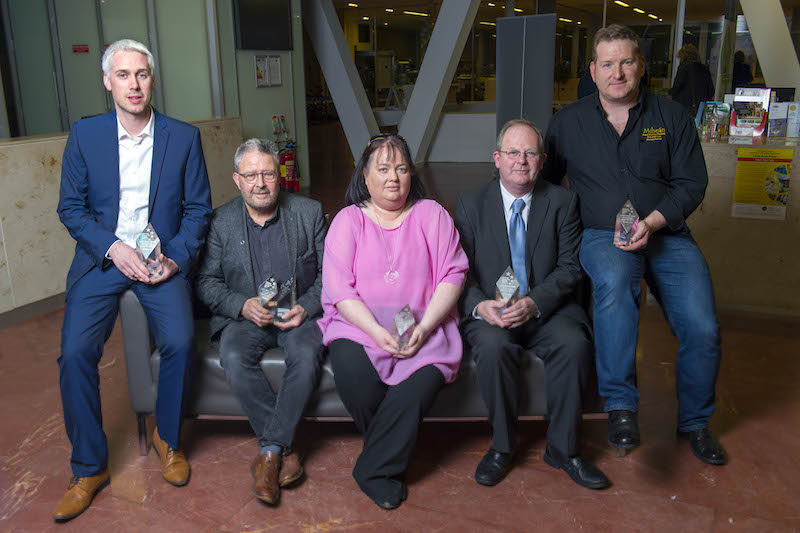 Six burgeoning County Cork businesses have been recognised with regional awards. Donal O’Leary, Metrology Systems and Services and Geraldine and Maria O’Donoghue, Office Assist were announced as winner and runner up for Cork North. Winners received €2,500 each in business investment and one to one business mentoring, at a special awards ceremony at County Hall.

Speaking at the awards, Deputy Mayor, Councillor Kevin Conway said, “I would like to congratulate all 19 of the shortlisted businesses who made it this far in the competition. Micro-enterprises are the lifeblood of Ireland’s economy so it is imperative that they are encouraged, recognised and awarded. Each business here this evening has a very bright future ahead and I look forward to seeing and hearing much more from you in the future.”

At the awards ceremony, Kevin Curran, Head of Enterprise for Cork North and West spoke of the importance of recognising local businesses that are not only building successful enterprises for themselves but also creating vital employment in their local areas. “The past 12 months sparked an obvious increase in new businesses in our region and it is heartening to see so many more businesses on our winner’s heels for the coming years.

Also speaking, Sean O’Sullivan, Head of Enterprise, Cork South said, “We received our highest number of applications for this competition this year and our judges had a difficult time deciding on  winners. The businesses we support, those with up to ten employees are, I believe, the lifeblood of Ireland’s economy and we are proud to work with them and help them realise their full potential.

This website uses cookies to improve your experience while you navigate through the website. Out of these, the cookies that are categorized as necessary are stored on your browser as they are essential for the working of basic functionalities of the website. We also use third-party cookies that help us analyze and understand how you use this website. These cookies will be stored in your browser only with your consent. You also have the option to opt-out of these cookies. But opting out of some of these cookies may affect your browsing experience.
Necessary Always Enabled
Necessary cookies are absolutely essential for the website to function properly. This category only includes cookies that ensures basic functionalities and security features of the website. These cookies do not store any personal information.
Non-necessary
Any cookies that may not be particularly necessary for the website to function and is used specifically to collect user personal data via analytics, ads, other embedded contents are termed as non-necessary cookies. It is mandatory to procure user consent prior to running these cookies on your website.
SAVE & ACCEPT
<script type='text/javascript' id='fusion-video-js-extr